Playing into the Interest…

The “Carry Trade” is an interesting and potentially intoxicating strategy.  Very popular with large hedge funds, individual retail traders and every sized organization in between, its popularity has flowed and ebbed over the years.  With dynamic economies and changing interest rates, opportunities to “play” currency pairs against each other in this fashion have provided a respectable passive income to those who know how.

As a matter of who sets the interest rates, that responsibility is left to the Federal Reserve in the US, The Bank of England in the United Kingdom and the Bank of Japan…well, in Japan.  There are other currencies specific to a particular country where their banks set the rates, but we’ll stick to the major pairs for this conversation.

Okay, So How About Some Numbers?

Let’s look into the NZD/JPY.  Back in the day (2005 to be exact), the New Zealand economy was smoking hot due to heavy commodity demands from China and a concurrent housing boom.  Traders saw bank lending rates reach a hefty 7.25% and stay there, while Japan’s lending rates stayed at 0%…

Since there is a differential of 725 basis points, and we can trade the forex market with leverage, we’ll assume an ultra conservative gearing of only 10:1 (meaning you can control 10x that currency pair with 1/10 the cost; i.e. $1000 controls $10,000 of currency).  That equates to a massive 72.5% annual return just on the interest, not including any profit from the trade itself.  This is why carry trading is so popular!

But – there is a potential downside to this. 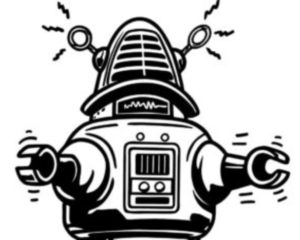 Even though the interest can yield spectacular gains, the movement of the pair goes both ways.  Since you’d always be long in this trade, a decrease in the price of this pair (the NZD getting weaker/JPY getting stronger) would present as a loss, affecting your interest earned.  This provides us with time horizon based goals. The longer “investors” who see a long-term rise in the value of the NZD would reap profits, while short-term traders (who may only hold it for a few days) could potentially see losses.

There is something called, “Triple Interest Wednesdays”.  On weekdays (except for Wednesday), interest settles at the close of the business day in NY.  However, on Wednesdays when interest settles on an open trade (at 1700 EST) like normal;  3x the interest is paid for trades held open from any time before the close at 1700.  You get to collect interest from Saturday, Sunday, and Wednesday without all the drama of actually keeping a trade open for more than a few minutes (sometimes even less).  This provided a very short-term opportunity to make a quick buck. 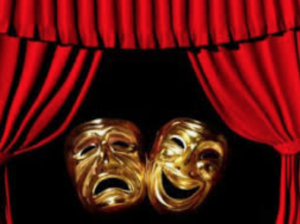 We gathered around our computers at 1630 EST and had either the GBP/JPY or GBP/CHF (our then current favorites) up on both the 1-minute and 5-minute charts.  The spread was a bit wide (about 10-15 pips) given the fact that it was nearing the end of the trading day and a few other thousand, or more blokes on the planet were engaged in the same shenanigans.

The Search and Entry

We watched each candle form, looking for the best entry where we thought price might find a low and then continue up on momentum as we marched onto the end of the trading day. Usually between a quarter till and ten till the hour, we steeled ourselves and, holding our collective breath, depressed “BUY” with as large a position as we dared (stops be damned).

With hands gripping the table, knuckles white, we watched as each tick move the 1-minute candle in small spurts or just stop and hang there until price decided to move again.  At the stroke of 17:00:00, everybody pounded the keyboard in a frantic effort to get out of the trade.

If timing and good fortune was on your side, momentum carried the price up, and you were able to get out of the trade; covering the spread and collecting your triple interest, satisfied with a job well done – and maybe made a few pips on the trade itself.

If you didn’t get out during that magic second, price usually dumped as the masses were all trying to get out and by the time slippage set in, your trade loss eclipsed the interest earned. 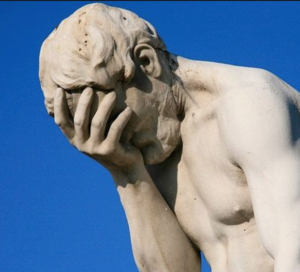 I noticed that more often than not (through back testing) that the day’s momentum would carry the price higher that evening, even though the 1700 sell off would initially depress price.  On those occasions where I was not the fortunate son and did not get out in time, I resorted to a conventional trade set up and placed a stop loss and take profit and life went on.

Could you do it today?

Maybe (but probably not) – depending on what currency swap rates are.  But, if you do want to try it, approach this very carefully.  Find the best pairs (high vs. low) which you want to exploit, check the spread, calculate the pip value, examine chart movement on the 1-minute time frame to see if confluence exists and when (if) you are satisfied that you’ve got your head around it, trade the smallest lot size you can…and good luck!

Oh, and try to have the fastest mouse click to get your sell order executed as close to 17:00:00 EST as you can.  Remember, you may be competing with many other traders who are trying to get out of the same trade.

Or…you could just hang with us and trade more intelligently without all the drama, learning how to trade effectively.  Guess what – that’s what we do here at Stonehill Forex.  Check it out HERE.

If you’d like to watch the video version of this blog, check out it out below.

Our only goal is to make you a better trader.